The Sturgeon Lake Project is an Earn-in Option Agreement with Glencore Canada Corporation, located 250km NW of the mining town of Thunder Bay, Ontario. It is accessed via the nearby national highway then by paved road to the site. Local infrastructure includes grid power and plentiful water.

Sturgeon Lake hosts the highly prospective Mattabi VMS (volcanogenic massive sulphide) belt (>20km strike), which was host to multiple historic Zinc – Copper base metal deposits. Concentrated exploration was mostly carried out in the 1970’s, followed by the mining of 3 shallow open pits and 2 small underground developments in the 1980’s. Historical production totalled 19.8Mt @ 8.5% Zn, 1.06% Cu, 0.91% Pb, and 120g/t Ag (Source : Geology Ontario – Ministry of Energy, Northern Development and Mines). Other than targeted drilling at the Abitibi Zone, the project has lain dormant since. The Abitibi Zone was targeted by historic drilling from 2011 to 2013, producing consistent excellent results, including high-grade zones. Work to date appears to identify two distinct zones of mineralisation (Upper and Lower Zone), with potential for a third zone that is poorly defined to date. No further field work had been done since 2013. Results from this work included:

The Company has completed an airborne VTEM survey (airborne electromagnetics) at Sturgeon Lake. Approximately 1,800 survey line kilometres were flown. The new VTEM data shows numerous new (mid to late time) EM anomalies, many of which are located within the prospective VMS corridor. The late time EM response (highly anomalous) at the Abitibi Zone can also be seen clearly.

The Company is extremely encouraged by the preliminary data showing numerous new targets previously not identified by previous historic work which mostly all dates from the 1970-80’s, long before the advent of modern airborne EM techniques. Preliminary imagery shows numerous mid to late time EM anomalies, many of which are located within the prospective VMS corridor.

Subsequent to the completion of the VTEM an extensive programme of drilling commenced. The 2019 diamond drilling program was completed on October 25th, 2019, with a total of 6,168m. During the 4th quarter an additional 4 diamond drill holes; F-19-164, 165, 166, and 167 were drilled for a further 2,025m.  Following core logging, and winterizing of the exploration facilities, the “Sturgeon Lake Exploration Camp” was officially closed for winter in November 2019.

Highlights from the programme were from the Abitibi Zone which continued to deliver High-Grade Zinc, together with potentially economic levels of copper, lead, gold and silver. Drill Holes F-19-158, F-19-160 and F-19-166 showed continuity in the high-grade core of the Upper Zone at Abitibi, which remains open toward surface and at depth.

*Grades are uncut. Depths and widths are downhole

Hole F-19-160 and F-19-166 returned high-grade results equal or better to that returned earlier in F-19-158, which in turn is in line with previously reported historic results. Results improve continuity in the high- grade core, and which remains open at depth and to surface.

Long Section A-A’ shows the updated interpretation of the broader Abitibi mineralised envelope (Upper Zone) which extends over approximately 1.5km of strike, and the high-grade core within this.

Drilling in the maiden programme is complete. Holes F-19-161, F-19-163 and F-19-165 also successfully intersected the Upper Zone mineralised envelope, outside of the high-grade core.

Drilling is planned to test the new Bell Lake West targets along with an additional VTEM target at ‘A2’ which is a potential repetition or offset of the existing Abitibi Zone in the next drill programme at Sturgeon Lake.

On 4 February 2019 the Company announced the signing of an Earn-in Option Agreement with Glencore Canada Corporation (“Glencore”) in further consolidation by Odin of the prospective Sturgeon Lake Cu, Zn, Pb, Ag District on the historical Mattabi Zinc-Copper Trend, Ontario, Canada.

Under this Earn-in Option Agreement Glencore has granted the option to Odin to acquire a 50% interest in the Glencore Sturgeon Lake Properties (“Glencore Properties”) (Figure 4) and associated assets by expending not less than CAD 6.67m on them over a three-year period with Glencore to be Operator (CAD 2m in year 1, CAD 2m in year 2 and CAD 2.67m in year 3). Upon satisfaction of these expenditure requirements and certain other conditions, Odin can enter into a joint venture with Glencore on the Glencore Properties.

In addition to the Earn-in expenditure, Odin has granted to Glencore the option to acquire a 50% interest in adjacent and nearby properties owned (or which may be owned) by Odin (“Odin Properties”).

Limited previous drilling at the western extent of the Mattabi trend, but boasts one of the more recent and advanced aerial geophysical surveys. Small 2010 HTEM geophysical survey identified 3 distinct priority targets for follow up (geophysical and/or diamond drilling).

Down-hole EM within the target zone identified two off-hole anomalies proximal to mineralization that remain un-resolved in the historical drilling. The target has volume potential for a significant mineralized zone, and could represent potential for short-term success leading to new resources. 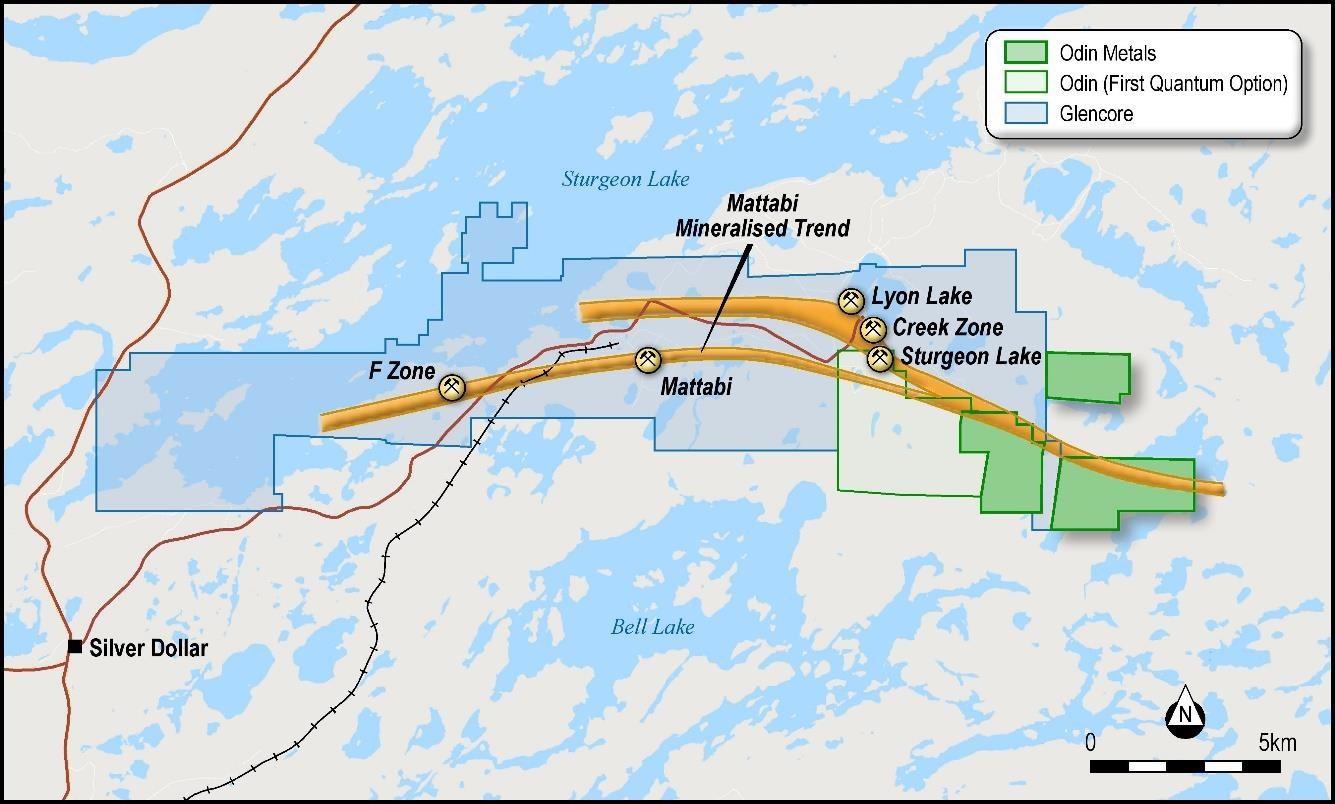 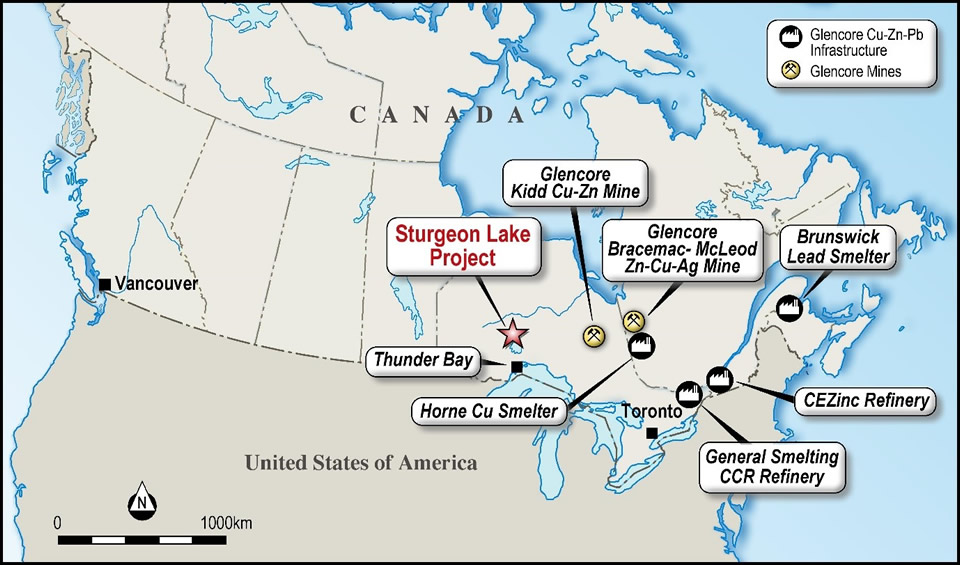 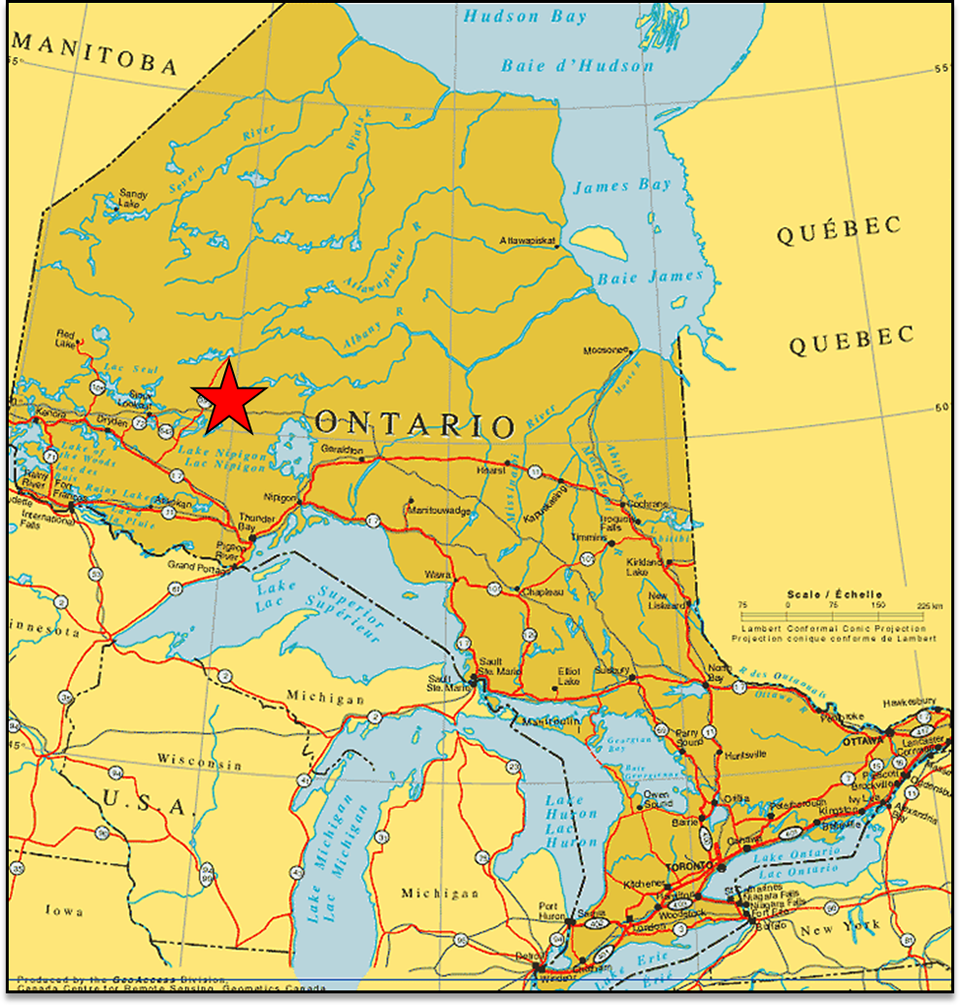 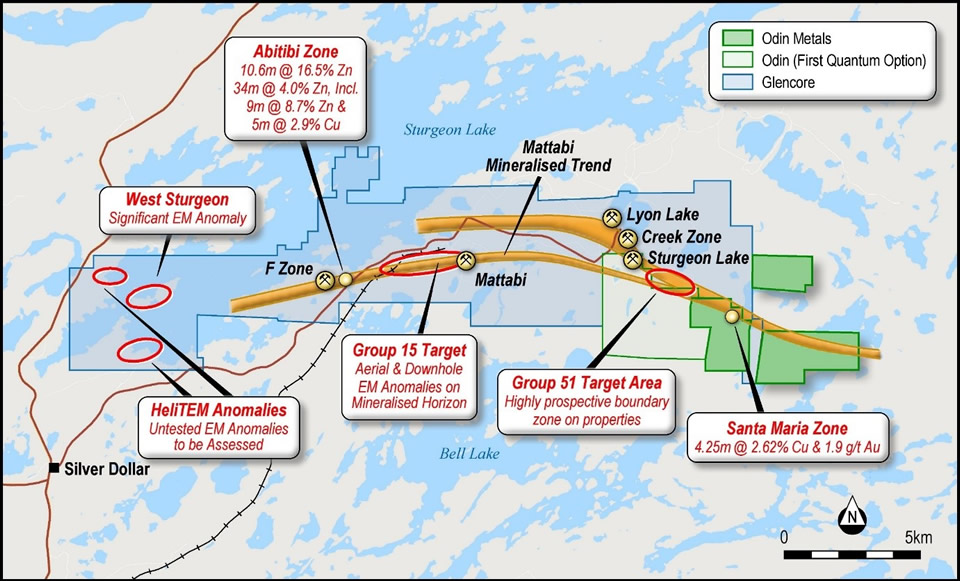